He went with the other people. Whatever. I'm over it. It's not as if I liked the kitchen so much that I saved the picture from the listing. I certainly didn't dream that the owner went w the other people but called to tell us who did his kitchen. I definitely didn't plan on where I would put my Muppet canisters and the pic I would take to show it to all of you. Nope, wasn't me. We got the news while we were at the Yankees game thanks to a pair of last minute freebies from my SIL so I couldn't cry-kick-scream-curse. Not while the Yankees had the lead anyway. Instead I fumed and performed the expanded version of Carlin's most famous routine in my head for the rest of the game. Since then I've been constantly hitting refresh on the MLS listings and last night we drove up and took a second look at some neighborhoods. There are a few new listings that look promising and hopefully we will get to see them this weekend. I'll post the winners of the contest this weekend too. In the meantime here is some more Hawaiian eye candy. 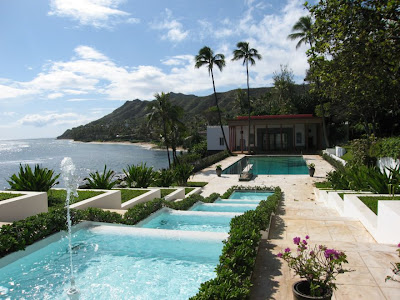 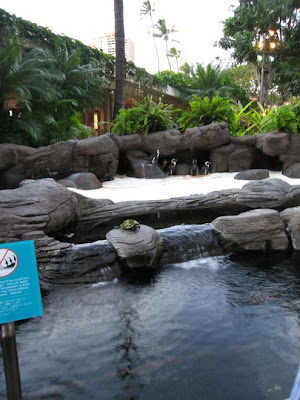 These poor little guys were at the crazy Hilton (correct me if I'm wrong, babe) that was across the street from our hotel in Oahu. I wonder if they are all huddled in the back because that's where the AC is or if they just want to be as far away from the tourists as possible. Sorry for the crappy pic. We were in a rush to get to the beach in time for sunset (that was a tough day).
Posted by JessZ at 7:49 AM

I came over from Chaos' blog, catching up on posts, and I just wanted to tell you that I truly feel your pain. My husband and I have just been through a reality show with our own selling/buying of a house...though most of the paperwork is signed, I'm not going to believe it's actually happened until we have keys in our hand, so screwed up is this process and some of the people in it. So please feel free to email me and rant and vent...I know some days you feel like you're in an alternate universe with these people!!

Aw man, I'm sorry you guys didn't get the house. Keep looking, the perfect one is out there!